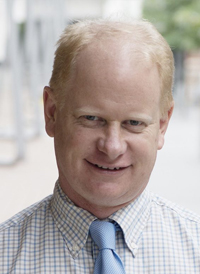 Professor Mark Easton is the Director of the Advanced Manufacturing Precinct at RMIT University, where he has been since 2014. Before this, Professor Easton worked at Monash University, working primarily with the CAST Co-Operative Research Centre and was its final CEO.

Professor Easton received his PhD from the University of Queensland in 1999. His extensive experience includes stints at Comalco (now Rio Tinto Aluminum) Research Centre and at the Leichtmetallkompetenz Zentrum, Rashofen (LKR) in Austria.

Over the years, Professor Easton has been the recipient of a number of awards, including a current Mercator Fellowship, the Henry Marion Howe Award and the GKSS Magnesium Award. During his time at CAST CRC, he received five commercialisation awards for his role in the commercialisation of technologies.

Professor Easton has more than 20 years of experience in solidification processing of light alloys, initially focusing on casting. More recently, however, he has shifted his focus to additive manufacturing. 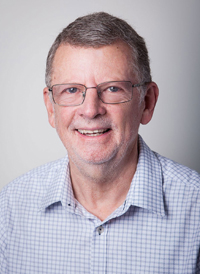 Emeritus Professor David St John’s main areas of research are in the solidification and microstructure-property relationships of aluminium, magnesium and titanium. Over the years, he has published more than 350 papers in journals and conference proceedings.

During his career, Professor St John has held appointments in Canada, at RMIT University in Melbourne, the CRA-Advanced Technical Development in Perth, and has a long association with the University of Queensland.

Professor St John has made a significant contribution to developing research-industry partnerships. This includes being CEO of the CAST Cooperative Research Centre from 2002 to 2008, leading a successful bid for the Defence Materials Technology Centre (DMTC) in 2008, and initiating the Centre for Advanced Materials Processing and Manufacturing (AMPAM) at the University of Queensland in 2009.

Professor St John has been the recipient of multiple Australian Research Council Discovery and Linkage grants and is a member of two ARC Research Hubs in Steel and Medical Devices.

Throughout his career, Professor St John has been the recipient of several awards, including the Bruce Chalmers Award at TMS in 2020, the John Campbell Medal in 2014, the Materials Australia Silver Medal in 2011, the Henry Marion Howe Award in 2006, the TMS Magnesium Technology Award in 2003, and was made Fellow of the DMTC in 2018.

Currently, Professor St John is Emeritus Professor at the University of Queensland.